Home > Cat Behaviour > Why do cats chatter at birds? 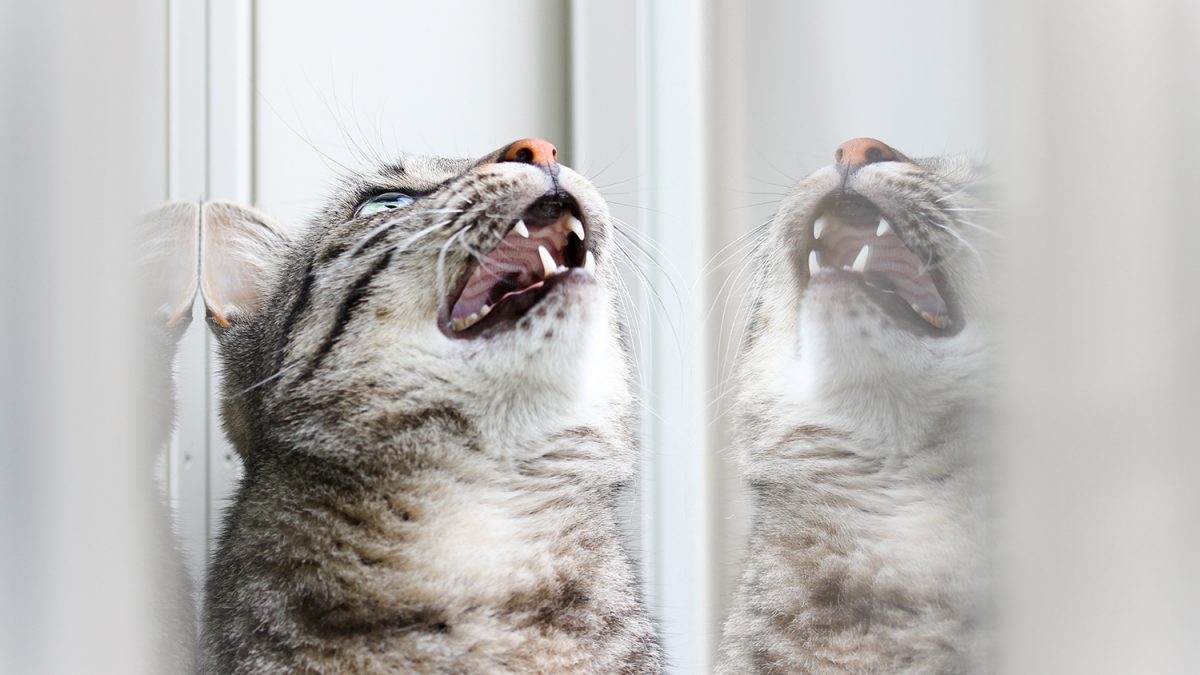 Why do cats chatter at birds?

One curious aspect of cat behaviour is their tendency to “chatter” at birds. The piercing, laser-focused stare, quivering mouth and repetitive squeaking, meowing or chirping is often accompanied by a wagging tail and alert posture. It’s fascinating to watch, but why do cats do it? Cat in a Flat finds out.

What do we mean by a cat chattering?

Chirping, twittering or chattering – this behaviour might look unusual, but it is something most cat owners will recognise. Chattering almost always happens when a kitty can see, but can’t reach, a creature on which cats usually prey. It is as common in inside cats and kitties who are allowed to roam outside.

Commonly this behaviour occurs when a cat is looking out of a window and sees a bird, rodent, or other small animals nearby. Cats then rapidly open and close their mouth, usually while making a chirping or squeaking noise. While chattering, a cat’s body language will indicate a predatory reaction too; including alert ears, a focused stare and a wagging tail.

Chattering seems to be triggered by a predator-prey instinct, but why does it take such a peculiar form? And only when a cat can see but not reach its prey?

See some intriguing examples of cats chattering in the video below!

The source of cats chattering at birds

While there is no definitive answer, there are several theories about the cause of a cat’s chattering. It’s a facet of cat behaviour that scientists haven’t yet explained, so most of the theories are just that: only theories. But it is an interesting question to think about – another curiosity of cats! Below are some of the most popular hypotheses.

Could it be an attempt to mimic prey?

A relatively new and extraordinary theory is that cats chatter in an instinctive attempt to mimic their prey. On an expedition into the Amazon rainforests of Brazil in 2005, researchers from Wildlife Conservation Society (WCS) and UFAM (Federal University of Amazonas) recorded a margay, a small wild cat, mimicking the chattering calls of its prey. The margay vocalised calls to impersonate a baby pied tamarin, which attracted the primates to investigate the area around the wild cat. As they came closer to the margay, the feline attempted to catch one of the tamarins.

People who live in the Amazon have often anecdotally recounted stories of wild cats, including jaguars and pumas, mimicking the calls of prey such as small primates and rodents. This research trip, however, was the first time scientists officially noted this behaviour in a wild cat. Mimicking the calls of an animal allows feline predators to get closer to their prey. As WCS researcher Fabio Rohe said: “Cats are known for their physical agility, but this vocal manipulation of prey species indicates a psychological cunning which merits further study”.

It could be that domestic cats have this response ingrained somehow in their behaviour, and this is what leads them to express themselves with chatters and chirps when observing birds.

What we still don’t know about cats chattering

The question remains why cats would express themselves with a chatter only when prey is unattainable. Kitties don’t chatter when they can hunt prey that is within reach. Cats usually remain as stealthy and quiet as possible when hunting. Perhaps the chattering is an attempt to bring birds closer, or just an instinct our furry friends can’t control. More studies need to take place before we can find out.

Please note: some teeth chattering can be due to dental pain. If your cat is chattering at unusual times and you’re concerned, please take your furry friend to see a vet.

Does your cat like to chatter at birds? Tag @catinaflat in your kitty chattering videos on Instagram!

Find out more about cat behaviour in these articles about kitty facial expressions, purring and meowing on the Cat in a Flat blog. 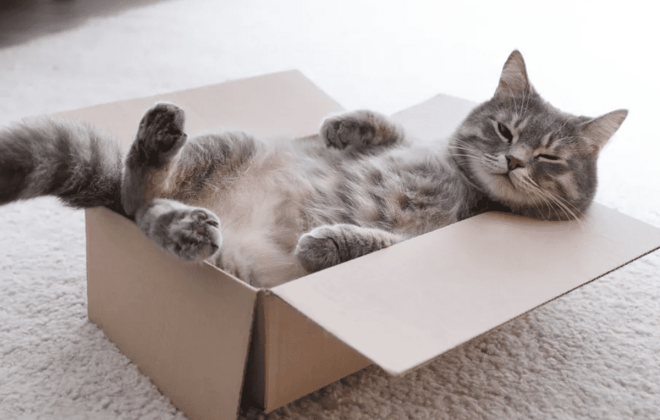 If I fits, I sits: why do cats love boxes? 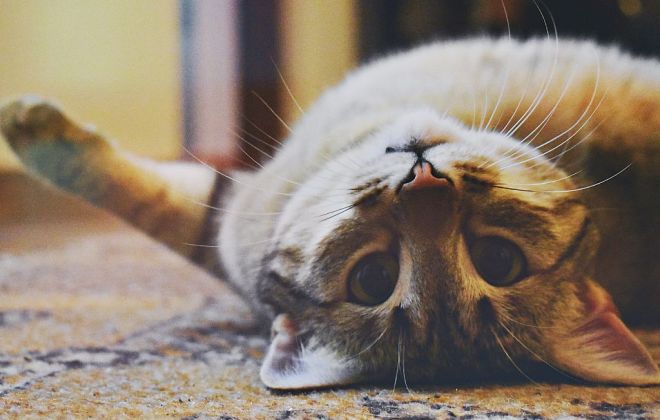 Why Does My Cat Lie On Its Back? Reasons Why Your Kitty Sleeps Topsy-Turvy

Cats and Snacks: Can Your Cat Share Your Human Food?

Cat Sniffling and Sneezing? How to Recognize and Treat Flu in Cats

Saying Goodbye: How to Cope With the Death of Your Beloved Cat