Home > Cat Behaviour > How and Why Do Cats Purr? 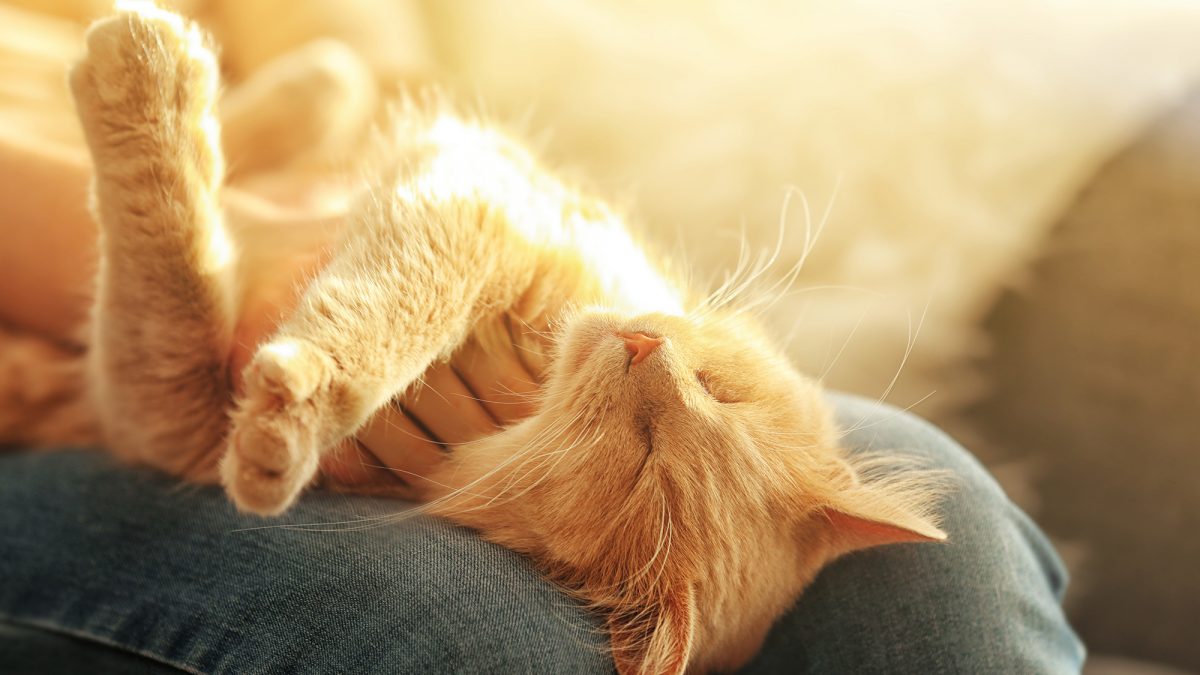 How and Why Do Cats Purr?

To cat owners, there is no sound more fulfilling and calming than that of a kitty purring. It is a sound of contentment, made to soothe. But why do cats purr? Is there more to it than showing pleasure? And how do cats purr? What magic is there behind the rumbling vibrations humans and kitties both enjoy? Below, Cat in a Flat looks into some of the secrets behind purring.

Kittens are blind and deaf for the first few weeks of their life but can feel the vibrations of mummy purring. When kittens are a couple of days old, they will start purring back as a way to communicate with their mothers. Kittens will also purr as they knead their mother’s stomach with their paws to encourage her to produce milk. Many domestic cats will continue to tread up and down as they purr into adulthood.

How do cats purr?

Finding out exactly how the purr works has been a bit of a mystery. Curiously, for a noise so appreciated by cat lovers, its secrets weren’t discovered until recently. Purring starts in the cat’s brain when a neural oscillator is triggered. The neural oscillator is a function of the nervous system that prompts behaviour – in this case, the vibration of the larynx or voice box. As cats breath in and out, the air passing over the larynx produces a rhythmic vibrating noise, the purr. It is unusual for an animal to make a noise as they inhale as well as exhale. That constant rumbling of a purr is part of what makes it so unique and unusual. What exactly triggers the neural oscillator, however, is still left up for debate.

Purring is often described as a cat’s smile. It’s an interesting comparison because while a smile is often a reaction to pleasure, it isn’t always. Just as humans will smile out of nervousness, or to make ourselves feel happy, so cats will purr when they feel nervous or need comfort. A smile releases endorphins in a human and similarly, purring releases the feel-good hormone in cats. Endorphins act as a natural pain-reliever and mood lifter. The soothing effect is why some cats will purr at the vets, for example, while giving birth or when injured.

Purring can also be a sign of submission. It is common for cats who are needier and less secure to purr more often. In a multi-cat household it is also common for the less dominant cat to purr the most often. So when Mr Whiskers purrs around you it can be as much a sign of trust and respect as it is of pleasure.

Not all purrs are the same

Cat lovers will recognise that there are several kinds of “happy” purr. The purr of Mr Whiskers settling down to snooze is different to the one when he is asking for food.  Much as most kitty owners can decipher their cats’ meows, you can come to understand different purrs too.  A solicitation purr, when your furry friend wants something, is usually higher pitched and more frequent than a relaxed purr. Dr Karen McComb, a specialist in mammal vocalisation at the UK’s University in Sussex, noticed this purr from her furry friend and decided to investigate. She recorded different cat purrs and tested human responses to them. Dr McComb found that the solicitation purr was less pleasing and more urgent to the human ear. On investigating further she found that the frequency of this kind of purr was similar to a baby’s cry and so elicits a caring, nurturing response in humans. No wonder cats are so good at getting us to feed them in the morning.

What if my cat doesn’t purr?

Should you worry if your cat doesn’t purr or does it only very occasionally? All cats are different and some are much more vocal than others. There isn’t necessarily anything wrong with a kitty that doesn’t purr. In fact, it could be a sign of your cat being particularly well adjusted or calm. Some cats might prefer to communicate in other ways – with body language, other vocalisations or facial expressions. Some furry friends just might not have the musculature or respiratory support to be able to purr. If you have any concerns about a cat that has stopped purring, however, please ask your vet.

Can a cat’s purr heal?

Scientific American looked into the science behind purring and found that the frequency could provide some interesting insight. Kitties purr between 25 and 150 Hertz and sound frequencies within this range can promote bone healing and density. It can have a similar effect on tissue growth and healing too. The Scientific American theorises that cats have adapted to spend so much of the day resting that purring is a low-energy way to stimulate bones and muscles. Similar frequencies are used in therapeutic medicine for humans. We already know that cat owners are at less risk of strokes or heart disease and that having a kitty can be good for your mental health.  It seems, however, that your furry friend’s purr could be more than calming, it could even help you heal.

To find out more about Cat behaviour, including what our kitties are trying to say to us, read more on the Cat in a Flat blog.

Cats and Bed: Why Your Cat Loves Sleeping On You 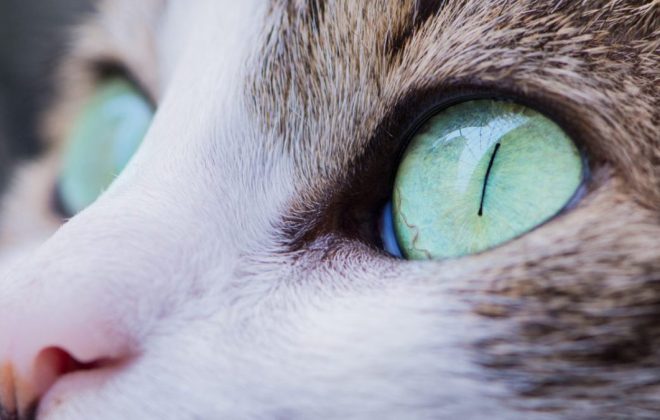 Cat behaviour – What is your cat really thinking. 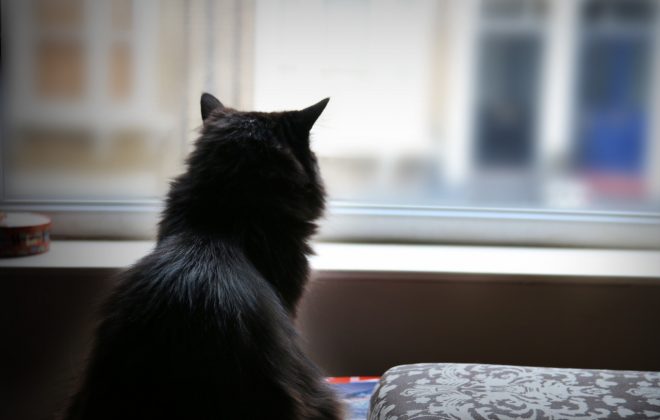 Does my cat miss me when I’m not around?